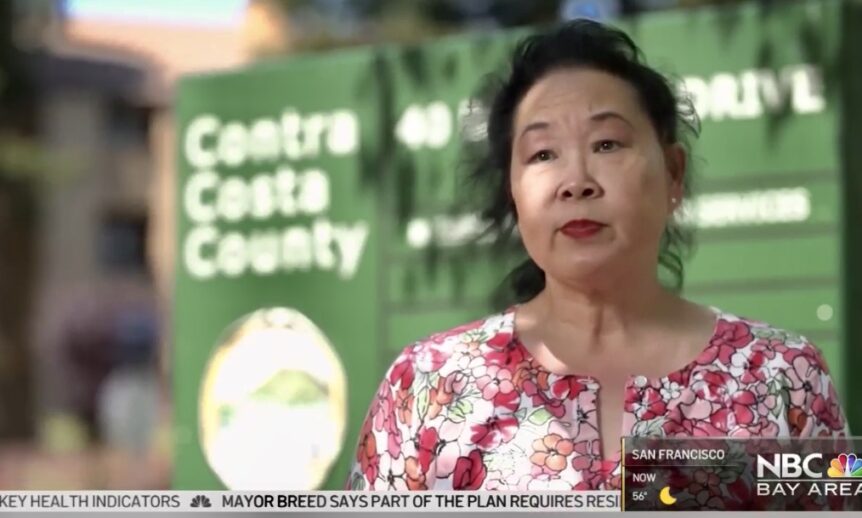 Brannin Dorsey remembers the day when one of her first grade students showed up to class with a swollen face and marks on his neck.

“It was the worst teaching day of my life,” Dorsey said. “He told me he was hit at home.”

As a teacher, Dorsey is a mandated reporter, meaning she is required by law to report any suspected child abuse or neglect to authorities. But since shelter at home orders caused classrooms to close, Dorsey feels that responsibility has become hard to fulfill for many teachers.

“It’s really difficult to know that part of our job is to help kids,” she said.  “And that’s taken away from us because of this crisis.”

During April, the first full month of the stay at home order, Contra Costa and San Francisco saw a nearly 50% drop in their number of child abuse calls when compared to the same month last year. Santa Clara County saw a 42% increase and Alameda experienced a shorter 27% drop.

That average is reflected across the state, according to data from the California Department of Social Services. Collectively, it shows there’s been a 45% drop in child abuse hotline calls statewide.

Kathy Marsh, the director of Children and Family Services for Contra Costa County, provided NBC Bay Area data from her office showing the biggest drop in call numbers comes from educators and those employed at schools.

“With the shelter in place, and children not being seen at school or not having an in-person visit with their therapist, or even a medical provider, they’re not able to report because they’re not seeing the same things,” she said.

Carol Carillo, Executive Director of the Child Abuse Prevention Council for Contra Costa County, says these changing times also require a change in how society detects and reports child abuse. Teachers may have to ask different questions, such as asking about the regularity of meals, to gauge their students’ well-being.

With fewer kids in classrooms, Carillo says community members, like neighbors and co-workers, can and should report suspected abuse. She understands people may be uncomfortable with interfering in a family’s business, but says anyone can call their county’s child abuse hotline to figure out the best course of action.

“We never tell people they do more damage,” she said. “You always want to err on what is the safety of the child.”

After teaching for 20 years, Dorsey says nothing can replace in-person interactions at school.

“The classroom setting is a very safe space for students,” she said, adding that she hopes new systems are created for children to ask for help.

If you suspect a child is being abused or neglected, contact the child protective services agency in your county. These 24-hour hotlines are staffed by trained social workers.  View a list of hotline numbers for all CA counties.