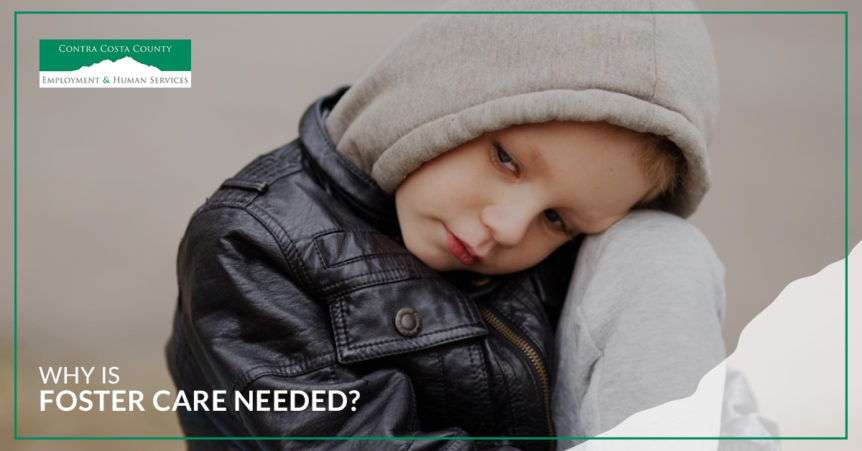 One of the most common questions we get is “why is foster care needed?” It’s a legitimate question; after all, are there really that many children out there whose parents are dying and have no close relatives?

Yes, some children who are placed into foster care are orphans. Either the single parent has died, or both parents have died and there are no close relatives (or eligible relatives) that are able to care for them. In this case the child may well be placed into the foster care system.

Where did the traditional orphanage go? Originally they were to house the millions of children who were orphaned by pandemics and war. Because many of these diseases (such as smallpox) were controlled thanks to vaccinations, and modern wars have killed fewer people than previous ones since World War II, the current foster care system simply makes more sense than orghanges.

Their Parents Need Some Time To Fix Things

Sometimes a child is removed from the home because the parent is currently unable to care for them. In this plan, the child will only need to be in foster care until the parent can prove that they are able to handle the most important points of parenthood.

Neglect – This is perhaps the most common. Parents might not be able to provide for their child’s basic needs, including food or a clean living environment. Medical neglect is another type of neglect that could cause a child to be taken away. Parents in this case might actually agree that temporary foster care is preferable while they get their lives in order.

Physical abuse – Parents might have to take parenting classes in order to control their anger and the way in which they respond to stressful situations.

Emotional abuse – While harder to identify than physical abuse, children suffering emotional abuse could be removed from their parent’s care.

Substance abuse – Parents could have a substance abuse problem that causes them to act irresponsibly. This could be the reason for the abuse and neglect mentioned above.

Parents Who May Never Be Available

There are some cases in which there is never a plan to restore a child to their biological parents.

Sexual abuse – Sexual abuse often means that the child will not be returning to the parents. If no other relatives are available, that child might enter the foster system.

Incarceration – A parent who is going to be in prison for life has no way to care for their child. While many parents in this situation will have the child stay with relatives, that’s not always the case and foster care might will need to step in.

Parents Who Have Given The Children Up

Sometimes a parent knows that they are not fit to raise a child. They might not feel that they are mentally or emotionally fit to do so, and realize that the child — perhaps suffering the neglect we mentioned above — would be better off in the care of someone else. At that point they may release their legal claim to the child.

We admit that this hasn’t been the most uplifting article we’ve ever written, but we think it’s important for you to know why the needs exist in the foster care system. We hope you’ll consider helping these children who have had tough lives. We also hope you’ll help make their futures brighter.